In India, one of the major forms of transport remains the railway network. Since its establishment, it has become an integral part of the nation. People love the journey by train due to its convenience and the wonderful scenery that they can witness while travelling from one place to another. As a result, more than twenty million people travel by the rail network every day, both in suburban and long-distance journeys. 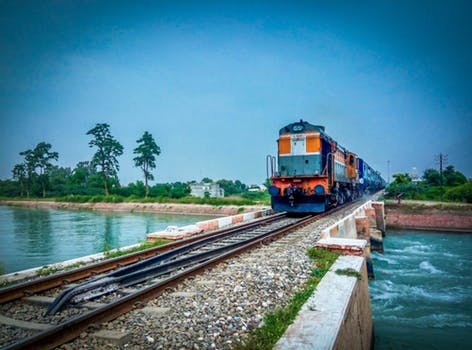 Due to this large demand for transport via the rail network, having a reliable Indian railway live running status is very useful. Traditionally, the only way to actually know the times at which each train is expected to come to the station is simply recorded on a big board at each station. The board is updated depending on the latest information whether the train is delayed or not. There was no other way for travellers to keep track of where their train was.

However, with the availability of new technology, it is now possible to track the timings of the trains more accurately. Not only can each person get a timetable that is updated in real time, but they can also track exactly where their train is. The new technology allows people to see the accurate time of arrival and departure of the train at a certain station. It also records and informs when the train had left a previous station or is likely to reach a coming station. This allows people to make their plans to leave or arrive at the station according to when the train will actually reach there.

When looking at the live status, the most important things to note are the ‘Last Reported Station’ and the ‘Estimated Time of Arrival.’ The last reported station is the one by which the running status of the train is determined since it gives the information as to whether the train has arrived at, departed or crossed that particular station as well as the time when it did so. The estimated time of arrival is when the train is expected to arrive at any of the upcoming stations. It is important to keep track of the train status at multiple time periods since trains are known to make up time for any delay that might have occurred, which means that the expected time of arrival may also change accordingly.

The development of easy to use train tracker apps that can provide the live status and information of the trains has proven to be a godsend for the millions of people, who choose to travel by the Indian Railways. It is a wonderful tool that helps in saving time and planning your travels properly. Not only is it easy to use with a platform that can be navigated easily, the data given about the live train is also updated at regular intervals and very accurate. The adoption of technology by the Indian Railways in this way has helped create a better travel experience for all people who choose to make their journeys, both long distance and suburban, through the rail network.