Amazing Places to Visit Before they Disappear

The world is full of the most wondrous places, ranging from underwater mysteries to lost lands from generations before. The earth is so ingrained with history from past civilisations, that is, unfortunately, being lost through the effects of climate change, human interference and natural erosion.

Furthermore, we are losing various species, habitats and thus, biodiversity through deforestation, overfishing and rising emissions of CO2 which is changing the global temperature. Some of the most breathtaking places are disappearing, and once they’re gone, we will never get them back again.

Obviously, we want to catch glimpses of these amazing places before they are lost, but is there a way to do this without contributing to the destruction of these places? The best way to visit wonderful places, whilst giving back to the community is through ​ ethical voluntourism​ .

Through this, you can make volunteering a part of your travel and help support an organisation that aims to conserve and support historical sights, local wildlife and the local community.

If you’d like to learn more about Voluntourism, ​ read this blog​ for more details.

Although there are some downsides to voluntourism, if you research thoroughly, your help can be of utmost importance to the preservation of some places. Here are some examples of how you can help prevent the disappearance of some beautiful places.

The Great Barrier Reef is one of the most amazing natural occurrences, being the largest coral reef in the world. It is the only living organism that can be spotted from space, which gives you an understanding of the size of it! It is home to over 2000 species, ranging from fish, hard coral, soft coral, sharks, turtles, rays and marine mammals. The biodiversity of the reef makes it one of the most unique habitats in the world.

This prevents the coral from being able to reproduce, causes it to lose its colour (thus the term bleaching) and prevents it from being able to get food. Severe cases of bleaching can cause the corals to die, however, there is a chance for recovery if the temperatures stabilise. Nevertheless, this is unlikely due to the constant rise in global temperature.

So what can you do to help?

If you visit The Great Barrier Reef, there are things you can do to prevent any more damage. Do not contribute to the pollution being deposited within the reef.

This means avoid using motorised boats, using big companies that contribute to the overcrowding on the reef and avoid activities that can harm the reef and the animals living within the corals. So for example, explore the reefs by kayaking, shallow water snorkelling or just appreciate the phenomenon from the shore.

Furthermore, take part in voluntourism that aims to conserve the wildlife there. This may be taking part in activities like litter picking, research or activism. 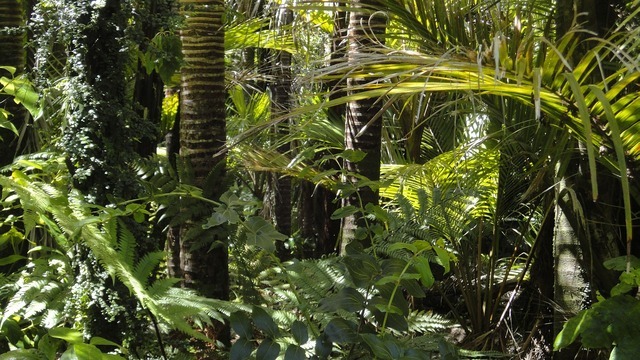 Here is another great example of a habitat filled to the brim with biodiversity. It contains millions of species from birds, insects and plants, many of which may still be undiscovered by science. Other forms of wildlife include monkeys, jaguars, red deer, capybara, types of
rodents and many more!

Unfortunately, ​the Amazon is under constant threat​ . The main threat is human interference, as deforestation has become its biggest killer. Huge expanses of the forest are cleared to acquire lumber, land for settlers, land for livestock and farmlands.

Furthermore, we have seen examples of deliberate burnings of the forest, causing large sections of it to be destroyed at a rapid pace. The destruction of large portions of the forests kills many species and the fires, decreases biodiversity and makes it unlivable for many
animals.

To visit Amazon, you must take into account the area you’re visiting. The Amazon stretches over multiple countries and researching the best area to visit is of utmost importance.

Furthermore, research the companies you will be supported whilst you’re there and make sure that preservation is of high priority in their ideology. A great way to do this is by predominantly supporting indigenous communities whilst you travel, using their services and
buying sustainable products from them.

Other ways to support the rainforests are to cut down on palm oil consumption, support any reliable charities, reduce your carbon footprint, contact governments and insist on change and try to buy responsibly sourced products.

One of the UK’s most famous landmarks is under threat. From the impact of tourism to general erosion, Stonehenge is under threat of collapse. A balance must be struck between conserving and protecting the area, while still allowing for tourism.

If you find yourself visiting this mysterious place, then be sure not to get too close or touch the monument. Stick to the paths and rules set out by the conservation team. Ropes are now put in place to prevent human interference and plans are put in place to close the main road,
allowing for the monument to thrive.

Furthermore, there are plans for a new visitors centre to be put in place, approximately 1.5 miles from the site, designed to have minimal impact on the monument and the surrounding landscape.

There are many other natural and man-made wonders that are under threat from destruction due to climate change, human interference and natural processes such as erosion. To save these places, we must aim to preserve them at all costs.

You can do your part by researching how to visit places ethically, take part in voluntourism and donate to charities that actively look after communities, wildlife and conservation.

« Could Your Team Spirit Be Higher?
A Glimpse of What Cyber Monday Holds for Bedtime Closetssuit »