Indians celebrate the nation’s Republic Day on January 26 each year which is a gazetted holiday. What is republic day? Republic Day is a day to remember when the constitution of India came into force on the same day in 1950 for completing the transition of the country to become an independent republic. The signature celebration of this special event is the Republic Day Parade. This parade is held every year in New Delhi, Capital City of India.

About the Republic Day 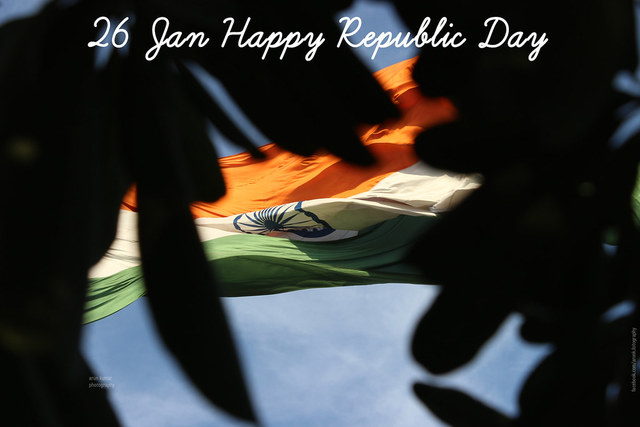 Republic Day is celebrated as the day when the nation became a democratic, secular and sovereign republic. In this day, the Constitution of India was brought into force as the governing document of India replaced the Government of India Act 1935. This day is also important because the declaration of Indian Independence proclaimed by the Indian National Congress in 1930. Hindi was declared as the official language of India in 1965.

The India republic day on January 26 every year is observed as the national holiday. In this day, every office of the central and state governments, banks, post offices, stores, schools and other organizations remain closed for celebrating the spirit of patriotism. Though the public transportation is not affected, there will be traffic because Republic Day parades. The overall security is increased in several areas within the capital city of the nation on this day.

Residents of India put much effort into organizing events as well as celebrations occur on this day. For example, massive military parades were held in New Delhi and capitals of all states. The main participants in the parades are the legislative body of the Indian Air Force, Navy and Army. Conventional dance troupes perform well in this day and impress chief guests and audiences.

The republic day event starts in New Delhi with Indian Prime Minister laying a wreath at the India Gate’s Amar Jawan Jyoti. This function is particularly for remembering soldiers sacrificed their lives for their nation. The President of India takes the military salute during the parade takes place in New Delhi. On the other hand, Governors of all States of India take the military salutes in capitals of States. A foreign head of country is the chief guest of President on Republic Day.

Participate in the Republic Day event

Many people throughout the nation wish to watch the Republic Day Parade live and think about where to buy tickets for such an event. They can access one of the few official departmental counters for purchasing the tickets a couple of weeks before this event is held. For example, you can access and buy tickets from the tourist office of the Government of India located at Connaught Place in New Delhi, Jantar Mantar, main gateway entrance and parliament house at the reception office gate. Do not forget that these tickets are distributed based on the first-come-first-serve basis.

The principal celebration of this special day takes place in New Delhi, national capital from 9 a.m. This celebration continues for about 3 hours and involves various elements especially the involvement of people from every state of the country. The Republic Day symbolises the unity of the nation because it brings together individuals from different religions, castes, creed and regions for celebrating this special day with the pride of being Indians. The Republic Day celebrations take place at the Rajpath with the maximum pride and enthusiasm experienced by the audience and participants. This special day is also celebrated at different levels like district headquarters, schools, offices and panchayats at different levels.